On October 19th, 2013, 16 of the top Varsity debate teams from all four Conferences of the CDL will converge on the national headquarters of one of the nation’s largest insurance corporations, Allstate Insurance, in Northbrook, for the 2013 Allstate Varsity Invitational.

The event will culminate in a reception with Allstate executives (and a “crossing the bridge to a corporate career” theme), and then an awards ceremony, at which college scholarships totaling $4,500 will be given to the top three teams overall, and the top speaker in each conference.

Affirmatives are limited to running a case in the 1AC that is on the runnable caselist. Those cases were required to be previewed by Monday, October 14th. A full compilation of the affirmative case previews follows.

Lindblom vs. U. of C. Woodlawn

An Allstate Varsity Invitational Runnable Caselist will be constructed. The four affirmative cases are automatically on it. Each team (not each school, but each team) can preview one affirmative case, using the Allstate Varsity Invitational Case Preview Form. Previews should be sent to Cydney by the end of the day Monday, 10/14. 1ACs will be restricted to the Runnable Case List. There will be no negative argument limits or restrictions.

Further details on the 2013 Allstate Varsity Invitational are available in this overview of the event. 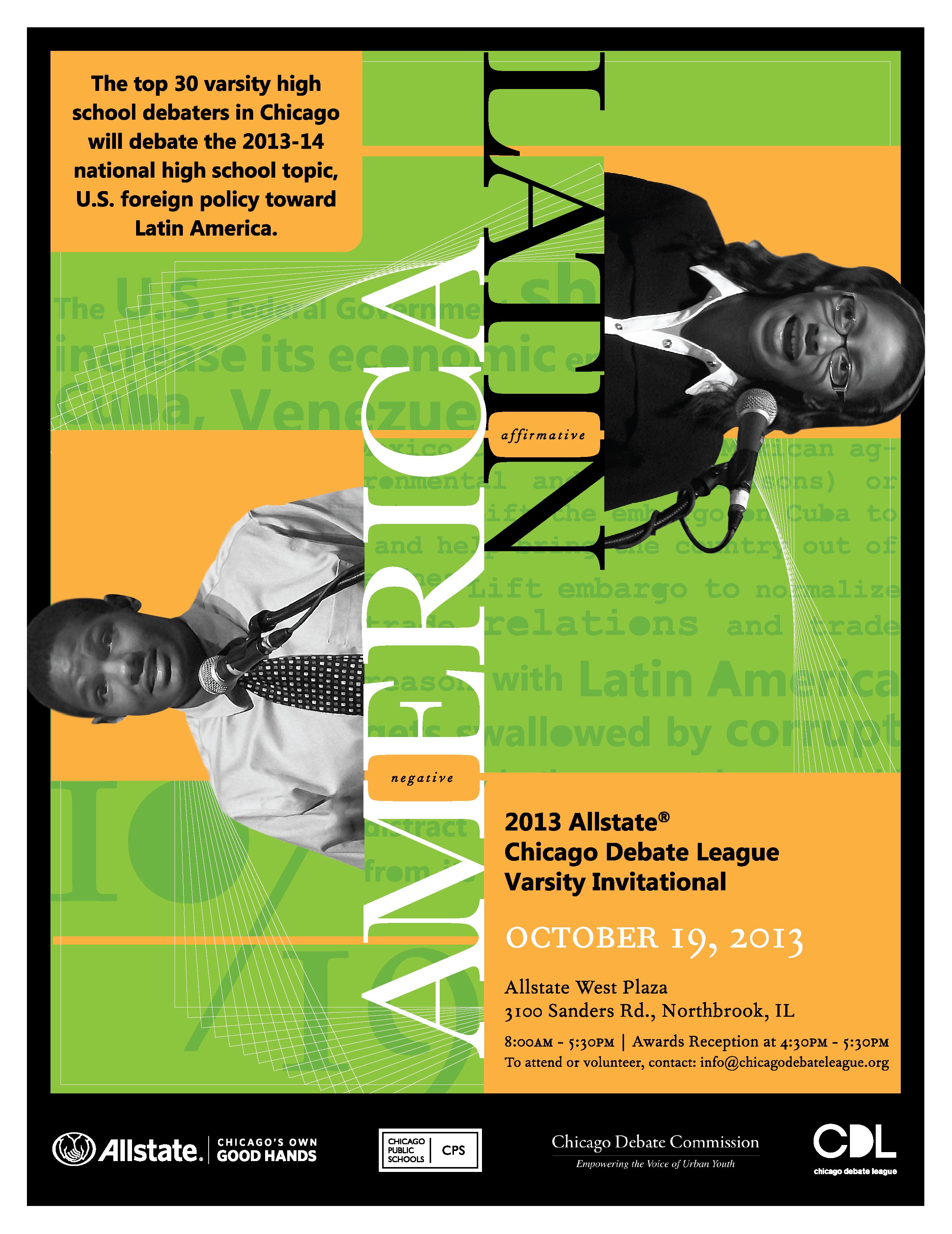