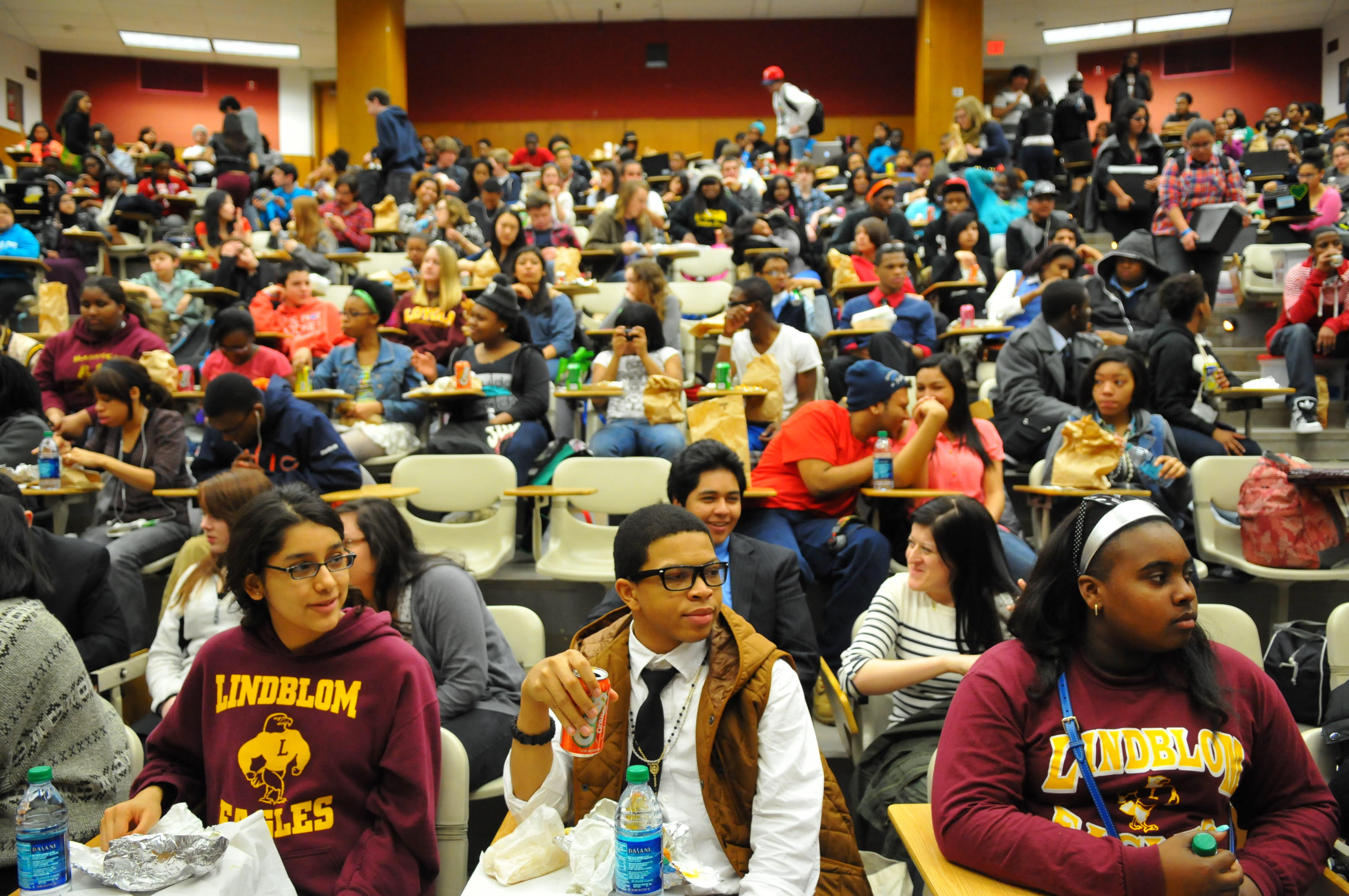 We’re excited to have our entire high school debate community represented (all high schools will compete!) for the one and only time all year at Curie for the Chicago Debate Championship on Saturday, March 30th (with elimination rounds on Sunday, March 31st for teams that qualify only).

Due to room capacity constraints – Curie was the largest building we could find willing to host – we cannot accommodate any other at-large entries. The only at-larges will be for schools that have not yet qualified any debaters. We know this is a change from recent seasons and will be disappointing to some students on your team that were hoping for an at-large entry, but we are simply limited by a hard cap in the amount of spaces we have available and want to run a manageable tournament for our host school and for our tournament staff to give you the best, most organized City Championship possible.

Please check the City Championship Eligibility Roster to see which students from your school have already qualified and please contact Lucia if you think we’ve missed someone and what tournament you think they qualified at. We hope you will have students motivated this month at their Conference Championships to qualify for our largest and most competitive celebration of debate all year.

For coaches wondering: how did we qualify and how do we qualify at T5? You can find the relevant section in our Guidelines:

A team qualifies for City Championship (T6) if any of the following conditions are met: (1) compete in the elimination rounds of a National Circuit tournament, (2) compete in the Novice/Varsity quarterfinal round of a regular CDL tournament, (3) place within the top Novice/Varsity 16 teams at a joint CDL tournament or within the top 8 at a Red Conference tournament (excluding teams with losing records), or (4) compete in the finals of the JV division at regular CDL tournaments. Schools can add a debater to their eligibility list if they have an odd number of eligible debaters in a Division. Each school can add one two- person team to their eligibility list “at large” (one two-person team total per school, not one team per Division).  Mavericks will not be allowed to qualify for the City Championship unless there is additional space at the T6 host site. Debaters who only qualified as mavericks will be notified of the host site capacity when the city championship roster is finalized after T5.”

We want to hear from you at tournaments!
Scroll to top